GoodFish Seafood: Online, at sea, and at your door

When you check out the recently-launched GoodFish Seafood site, it’s easy to see what’s important to the brand – bringing consumers wild seafood from Canada’s North Pacific that’s sustainably caught, frozen at sea, and soon to be packaged in compostable vacuum-sealed bags. GoodFish is recognized by Ocean Wise and the Marine Stewardship Council for excellence in sustainability practices. They look to their experience over almost 20 years of fishing and lessons from the past to work towards a sustainable future for the industry.

GoodFish is also focused on traceability, using our software to generate a QR code for each of their products that leads consumers to our KnowYour.Fish site showing everything about the fish you’re buying, including which boat it came from, who caught it, how exactly it was caught, and more. They wanted to work with us because an external company provides arms-length traceability and credibility that an in-house program wouldn’t have.

Fraser MacDonald and his two business partners have been quietly building GoodFish over the past few years. Now that they’ve launched, they’re able to offer direct-to-customer sales online with deliveries and pickups around the Lower Mainland, and they’ll be expanding their reach in 2023.

Because they only sell fish they catch themselves, they’re able to focus on accountability, sustainability, and quality. Conversely, because they only sell seafood they catch they are launching with a limited product range featuring albacore tuna, halibut, spot prawns, rockfish, black cod, and ling cod. However, as they grow and expand, they plan to add more seafood products from fisheries with the same values and commitment to sustainability.

We recently sat down with Fraser from GoodFish to learn more about their business and their plans:

How did GoodFish come into being?

I’ve been fishing for almost 20 years, and when I was on my boat working, I’d have lots of free time to think about different ideas for my business. And then, when I was home during the offseason, friends and family would always want fish, but I couldn’t get them the fish I was catching.

I’d always wanted to start building a program where I could sell to family and friends, and as I grew my fishing operation to where I’m focused more on maintenance and engineering and spending less time at sea, I was able to build out the idea. I pitched it to my friend Sam Gartside, who has a background in food service businesses and worked with me fishing, and we decided to incorporate GoodFish.

Originally the plan for the business was smaller than what we’ve launched, but we used the pandemic as a time to grow and hone the concept. We brought Dylan Dick on board as another founder – he’s a childhood friend with a high-end food service and fishing background, and like Sam and me, he can run fish boats and do fishing trips. The three of us were able to make the concept bigger and grow it into something more robust than we’d initially planned.

Creating a business that sells direct – either the consumer, retailer, or wholesaler – and cutting out the steps and people that are usually involved in between catching the fish and selling the fish creates significantly more margin. But it also requires much more capital and risk to set it up.

What does a typical GoodFish day (or week) look like?

Our days, or weeks, encompass a range of everything. Today, for example, Dylan is in Victoria having sales meetings with customers, I’m doing shipyard work with one boat, and Sam’s doing tuna deliveries. Later we’re all meeting via Zoom with our design company. Our days include all the jobs you’d expect from a fishing company, fish buyer, and fish processor.

What’s been the most fun about launching the business?

The most exciting part has been having the vision of what we wanted to offer that we didn’t see elsewhere, including only BC fish, strong traceability, eco-friendly packaging, and selling a high-end product that is accessible to chefs and regular consumers. We also love being located in False Creek right in the middle of the city. And we’re really happy with how the brand and identity have come together and been brought to life.

It’s also great to be able to supply restaurants like Bao Bei and Dumpling Drop, as well as sell directly to consumers.

And what’s been the most challenging?

We experienced supply chain issues during the pandemic, like everybody else. And we definitely underestimated how much it would take to launch the business, but we’re making it work!

Lower Mainland locals may have spotted GoodFish at their Farmer’s Markets. What have you learned from selling at local markets? 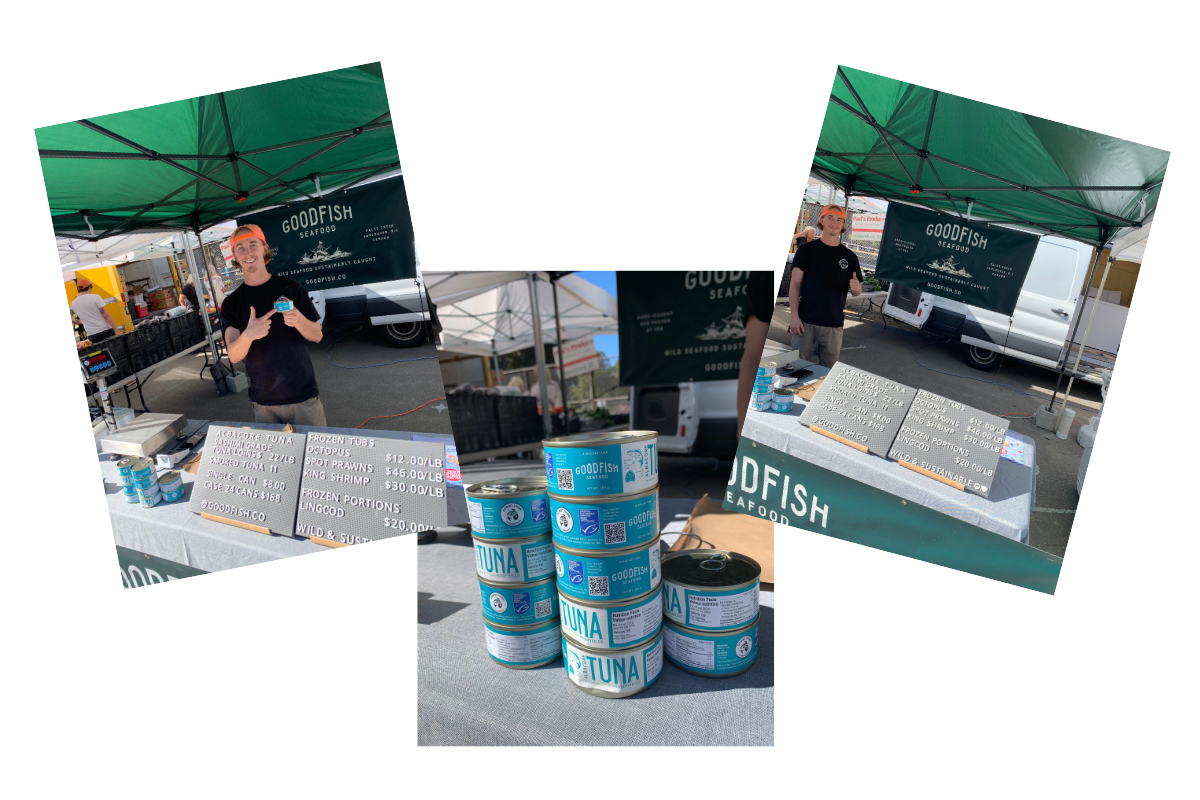 The markets are a great way to build our name recognition, get people buying our products, and get feedback from our customers. We’ve been selling at the Squamish and Whistler markets for three years, and our business has doubled each year. We’re newer to the Vancouver markets, and we love being able to talk to people there and answer their questions. We don’t want to lose that opportunity to be face to face with our customers, it’s really important.

Have you noticed, or do you expect inflation and the rising cost of food to affect your business?

We’re not totally immune from rising food costs. In the seafood world global shipping has become backed up and delayed, so local fish is more in demand. We need to make money but we also want to mitigate the costs to our customers, and we believe that good food should be accessible to the majority of the population so our goal is to keep things affordable.

How is GoodFish using Vericatch software?

We enter the same data into Vericatch’s FisheriesApp as we enter into our DFO logbooks. The software then generates a QR code that takes users to the KnowYour.Fish site and shows customers exactly where and when their seafood was caught.

How does that functionality benefit your business?

We want to make sure that what we’re doing is transparent and honest. Using the software to show where our seafood comes from proves through a third party that we’re doing what we say we’re doing and helps build consumer trust.

Find GoodFish online, on social media, or in False Creek.

Find out more about FisheriesApp and KnowYour.Fish on our site. 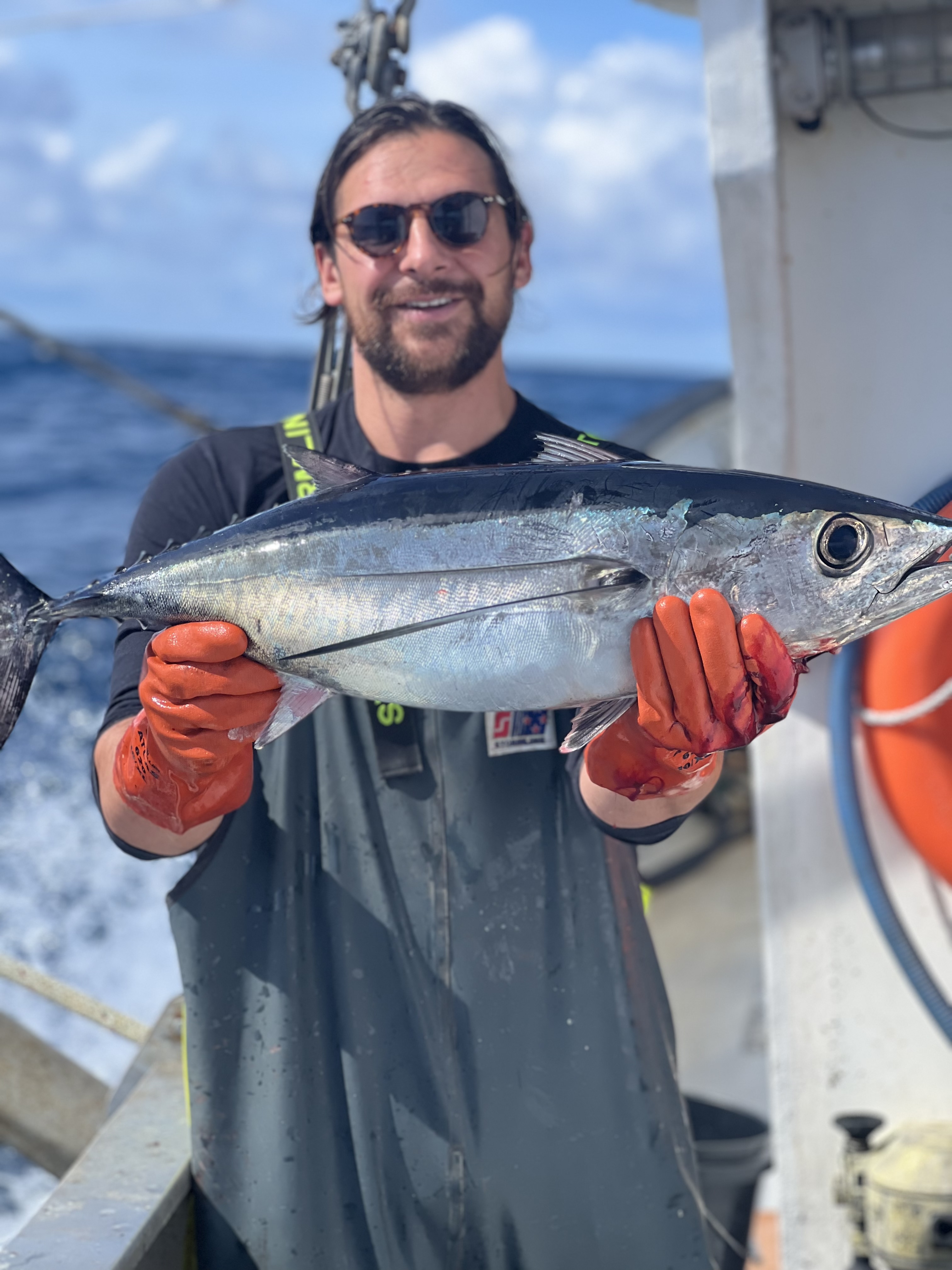